What's next for Lloyd Center? 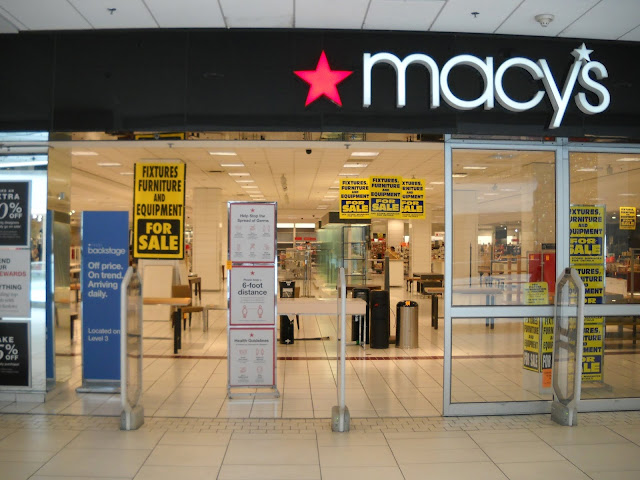 What traditionally is the busiest season of the year for retailers likely will be the death rattle for the Lloyd Center, the huge shopping mall in Northeast Portland with 1.3 million square feet of retail, office and restaurant space.

Macy’s, the primary retail “magnet” at the mall’s most desirous location, will close Jan. 1.  The few shoppers showing up this holiday season are greeted by glaring yellow signs offering the sale of store fixtures, along with all other retail inventory.  Likewise, the GAP is closing its Lloyd Center location.  Gossip from the mall suggests that several others are likely not going to renew their leases in January.

Many of the mall’s small retail shops are already vacant, while those that remain are struggling, at best.Blame it on COVID-19, or the changing habits of retail shoppers, or some combination.  But reality is reality.  At age 60, the mall’s life in retail seems finished.

Cypress Equities, a Dallas, Texas firm, bought Lloyd Center in 2013 for $148 million.  It then launched an “upgrade” project that included shrinking the ice rink, eliminating the attractive pedestrian bridge over the ice and adding an elegant spiral staircase that is seldom trod by human feet.

The question now is what happens to an urban footprint that amounts to 18 square blocks of valuable city real estate.  Cypress Equities should be no stranger to the challenges, since it owns 16 major shopping and mixed-use malls around the country.

One option would be to tear everything down and start over with high-rise apartments or office buildings allowed by the zoning regulations.   A couple years ago, the Lloyd Center was mentioned as a potential site for a major league baseball stadium, although talk of landing a team has gone largely silent.

one of the goals of preservation is to save the environment from wasteful demolitions, one can think of other potential uses for much of the center as it stands.

Perhaps the easiest option is to convert all the smaller shops to office space.  The third floor along the major concourses always held offices for doctors and dentists.  A compromise might be to consolidate retail on one level, leaving two other levels for offices.

Covered parking could be available to tenants.  Some of the existing shops could become offices for doctors and dentists, or barber shops, hair salons, small eateries and convenience stores with built-in constituencies.  Since these areas are served by escalators and elevators, they would provide accessibility for a senior housing community.

At two and three stories, the largest former retail outlets pose more of a challenge for repurposing, given their size and limited natural light.  One possibility as a major tenant might be a large home improvement center.  Home Depot snooped for a site in the Hollywood District almost 20 years ago before backing off in a recession.

Another possibility could be demolishing the large stores at the east and west ends of the mall to make way for multi-story buildings of offices, condos or apartments.   Similarly, the largely unused parking structure at the mall’s northwest corner could be removed for more productive use of that real estate.

The Lloyd Center opened to massive crowds in 1960.  Its proximity to downtown Portland – about two miles – made some experts ponder whether both retail cores could be successful located so close together.  Downtown retail has been severely hurt by the pandemic and by political protests, making it questionable to say whether it is really the survivor, but in the long run it is a better bet than the Lloyd Center.

Regardless, Lloyd Center holds vivid memories for many Portland shoppers and diners who remember the early years of the open-air mall with its many retail and eating options.   Today it feels almost like a modern-day ghost town.

Now we have to wait and see how executives in Dallas, Texas, figure out what happens next. Or whether they sell out to some other developer with something else in mind.