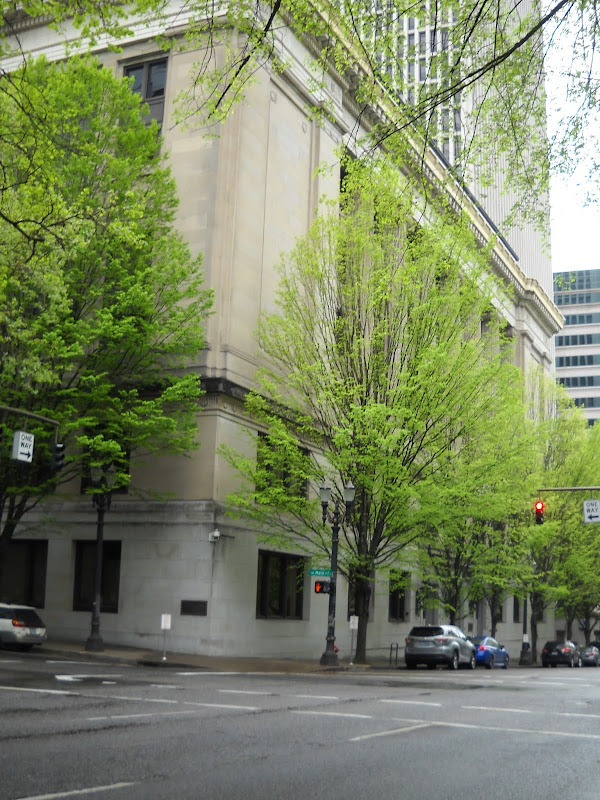 The verdict is in for the soon-to-be “old” Multnomah County Courthouse.  It looks like an excellent victory for preservation and for finding a successful new use for an important piece of Portland history.

If the proposed renovation is successful, the scene of countless civil and criminal legal cases and public hearings over the past 106 years will become an office building holding approximately 1,000 employees.  New elevator and service cores erected in what originally was a central courtyard (long since filled in by three stories) will allow seismic bracing to occur without doing serious damage to the rest of the eight-story building.

From the outside, viewers will see virtually no changes to the limestone façade with its heavy Ionic columns facing S.W. Fourth Ave. between Main and Salmon Streets.  The historic vestibule, main lobby and grand staircase that traverses the first six floors will remain intact.

Four, two-story courtooms, two each on the third and fifth floors, will be retained for potential uses as board rooms or meeting venues.  They will be reminders of when court proceedings were intended to occur in locations of grandeur and dignity.

Most of the rest of the eight stories will be parceled into offices, although as yet no tenants have signed on.  An “event space” will be placed towards the rear of the ground floor, with an elegant restored entrance from the center of the S.W. Fifth Avenue side. 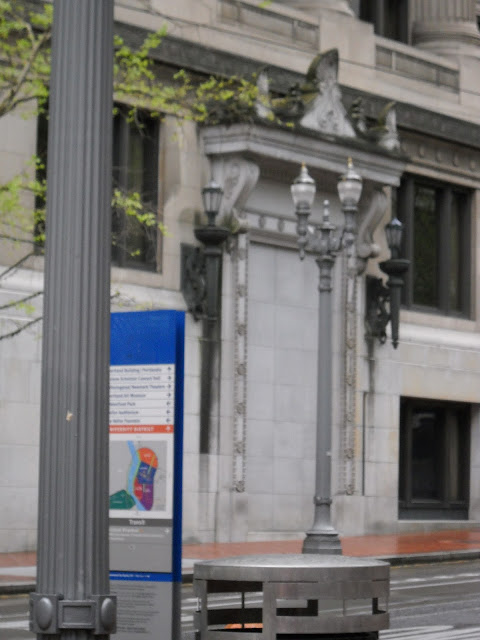 There are a couple other lesser changes proposed for the north and south sides of the building, but let’s talk first about the more historic entrance on Fifth Avenue.  This entrance originally led to a short stairway taking pedestrians to the second floor.  However, this entrance was filled in with stone many decades ago in order to provide additional office and courtroom space on the second floor.  However, the large light fixtures and bracketed lintel and chevron were left in place on the façade. .

Agustin Enriquez, an architect with GBD Architects who outlined the building’s changes, said spherical globes that originally graced the doorway will be recreated, as will globes placed at the Front Avenue side.  He said stairs and ramps from the new Fifth Avenue entry will take pedestrians to a first-floor event space that is yet to be designed. 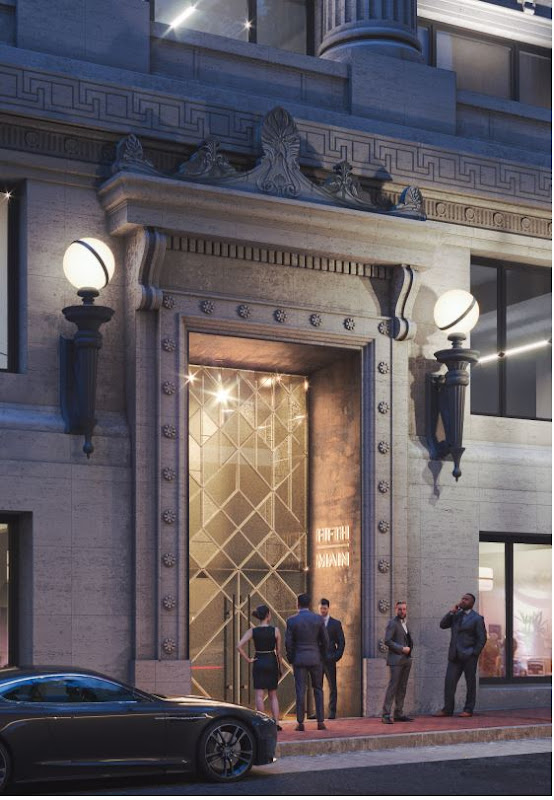 Here are the other two less-dramatic exterior changes.  In the middle of the block on the Salmon Street side, a central bay at the sidewalk level will become a service entry with a roll-down door for dumpsters and other service.  This entry will not be accessible by motor vehicles.

On the Main Street side near Fourth Avenue, a double door will be cut into the wall to create a double doorway for access to the main lobby for people with disabilities.  The historic vestibule on the Fourth Avenue side includes a tier of stairs that will not be modified.

As a surprise to many, the location of the “new” Main Street doorway actually echoes an original entrance to the county sheriff’s office at that location.  The sheriff’s entrance disappeared many decades ago, and the outer wall was patched seamlessly to match.

All exterior changes to the building have been approved by the Portland Historic Landmarks Commission.  The commission had jurisdiction over the plans because of the building’s status as a historic landmark.

The construction of the building in two stages between 1911 and 1914 ranked as a technological feat.  It was built as two separate L-shaped buildings while the earlier courthouse on the same site, dating to 1864, was dismantled.  When finished, the two L-shaped sides of the new building fit together perfectly. At the grand opening, citizens flooded in to ride the elevators which were still a new and rare mechanical contraption for Portland at the time.

Architects of the courthouse we see today were William Whidden and Ion Lewis who headed Portland’s most prominent design firm in the late 19th and early 20th Centuries. The courthouse was their last major endeavor.  Many of their notable works survive, including Portland City Hall, the Arlington Club, Wilcox Building, Postal Building and others.

If plans for remodeling the courthouse succeed as planned, the historic structure will stand as an excellent example of preservation and adaptive re-use uses for historic building that reflects architectural value and the remembrance of human history that occurred inside.