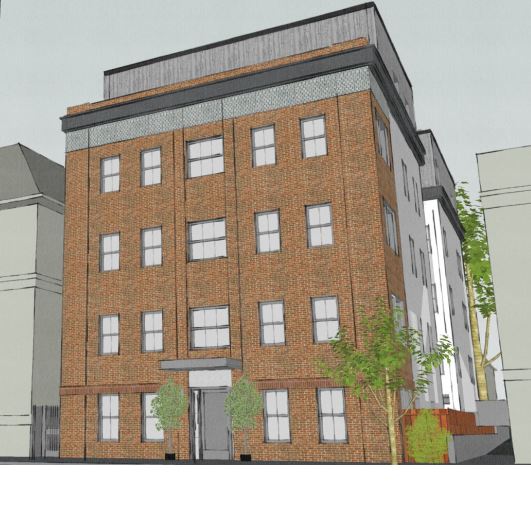 In the history of Portland's architectural preservation battles, the story of the Nathan Simon house at 2124 N.W. Flanders St. rates as no more than a mere skirmish, lasting just a few weeks.

The residence, built in 1895 as the home of Nathan Simon, a lawyer and brother of long-time Republican Party warhorse Joseph Simon, will be replaced by a five-story, 19-unit apartment building.  The Portland Landmarks Commission approved plans for the new building on Aug. 24.

The Simon house lost much of its architectural detailing over several modifications dating to World War II or earlier, and currently contains 12 rental units.  Although it sits in the Alphabet National Historic District, the house was overlooked as a “contributing resource” when the district was created.  Thus the Landmarks Commission had no legal jurisdiction to delay or deny its demolition.

Approximately 20 people opposed the demolition in written or oral testimony.  Their arguments largely amounted to “greedy-developers-destorying-low-income-housing-for-profit-and-evicting-tenants-during-a-pandemic.”

Elliott Gansner, a co-owner of the house and the apartment developer, said he met for 1 and 1/2 hours with opponents of the plan after a public hearing last month.  Gansner said it was not financially feasible to renovate the old building given the rents that it could support.

“I sympathize with their anger and confusion about the status of housing,” he said.  He pledged to work with public and non-profit agencies to help tenants find new housing and to contribute to the moving costs.

Commission members understood concern about the loss of low-cost housing.  Kristen Minor, commission chair, said she appreciated the “time and energy” of the protesters to participate.  “We are sympathetic to much of what you are saying, but we just can’t go there.  The fact is, we don’t get to intervene.  We don’t have the authority.” 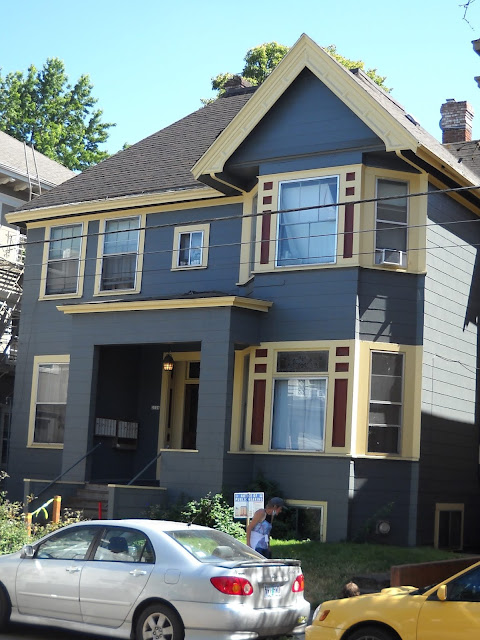 In theory, the commission’s decision can be appealed to the Portland City Council.  But the appeal would be limited to design of the new building.  As Brian Emerick, the apartment’s architect noted after the public testimony, “I didn’t hear anything related to the approval criteria.”

New buildings designed for historic districts are not intended to look old or historic, but should reflect architectural design elements common to the district's "period of significance" when contributing structures were built.  In this case, that period is between 1880 and 1940.

Brick-faced apartments built flush to the sidewalk were common in the early decades of the 20th Century.  Like others in the neighborhood, this design has the bricks wrapping around a portion of the side walls, but most of the sides are a blank hard stucco.  In this case, the fifth level, faced in stucco, would be set back several feet and would be visible to pedestrians across the street.  Units at the rear of the building and on the west side would have outdoor decks.

The block between N.W. 21st and 22nd on Flanders contains both Victorian-era houses and small apartment buildings.  The boom years of the 1920s saw demolition of many wood-framed houses in the Northwest neighborhood, to be replaced by brick-faced, walk-up apartment buildings.  The new apartment at 2124 N.W. Flanders will include an elevator, of course.  As a firm, Emerick Architects concentrates heavily on restorations and new buildings in historic districts, including Northwest Portland.

The corruption of the era ultimately led to creation of the initiative and referendum system in Oregon that was intended to clean up the state's politics.  Given the ways that money is used to manipulate the system can lead to an interesting discussion about whether politics CAN be clean.