Lee Gray Holden might be the most important fireman in Portland history, given that his “amateur” architectural works still survive with many uses in several neighborhoods.

Holden, who was fire chief from 1923 to his retirement in 1927, designed 24 fire stations during his  tenure, apparently some of them more than once.  His stations were built between 1912 and 1929.

How many remain is not perfectly clear, but the best guess appears to be 11.  Holden’s tenure was notable also for adding Portland’s first fire boats and creating an emergency “squad wagon” for saving lives.  He also required all firefighters to learn first aid.

Holden started his fire career in 1885.  He had breaks in service from 1896 to 1898 and again from 1908 to 1911 before returning to the Fire Bureau to begin building new stations.   His later years saw the transition from horse-drawn wagons to motorized fire engines.

One of Holden’s earliest fire station designs was built in 1912 in Irvington.  Residents were opposed to a fire station that wouldn’t blend into their residential neighborhood, so Holden designed a single-bay station that came to be known nationally as the first “bungalow” fire station.

As the historic image above shows, the engine bay was hidden by two doors decorated with planter boxes that swung outward.  Both the brick building and its front porch had gable roofs.  There was decorative  water fountain in the front yard that later was removed and placed in front of a mansion at 1914 NE 22nd Ave., where it remains today.

Many of Holden’s designs were outgrown in following decades as larger fire engines outgrew the stations’ bays.   Fortunately, several of these buildings have survived with new lives as a community center, neighborhood office and a homes for non-profit agencies. 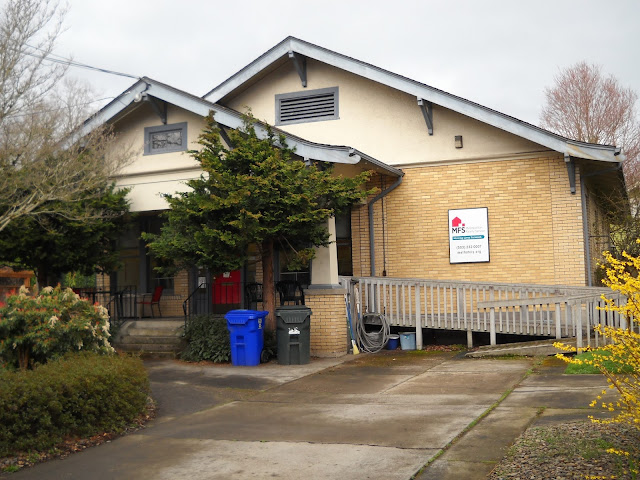 The contemporary view of the Irving station above shows how the engine bay was bricked over to create interior office space.    The building is now the headquarters of Project Linkage, a nonprofit agency that provides rides for seniors and passengers with disabilities.

Holden followed the Irvington building in 1913 with three, two-story, double-bay stations.  Two shown here have clink brick facades that give an engaging, historic, variegated appearance.  The designs  appear to be close to identical with bracketed cornices, parapets and the charming romanesque arches on the second floors. 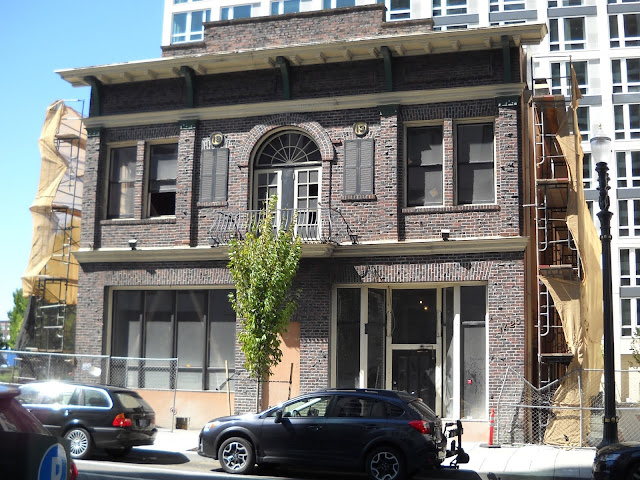 The station at 1425 N.W. Glisan had been headed for demolition as part of a project including a large new residential building.  Late in the planning, a fortunate decision was made to save the building and let it sit in an urban plaza. For many years the station housed a popular restaurant; one hopes that it might someday again.  One unsettling consequence is that Holden designed the building only with a street façade, since there were neighboring buildings on the east and west sides.  With its neighbors long gone, the station looks a bit naked with two sides that were never intended to be exposed to view. 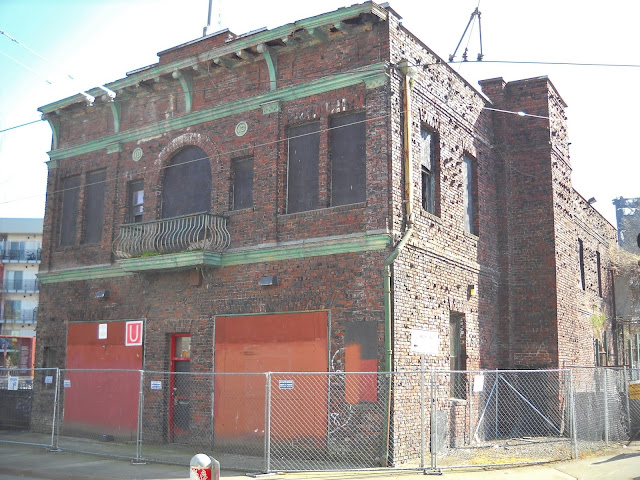 Perhaps the saddest of Holden’s surviving stations is located at N.W. Third and Glisan Street, where it has been boarded up for years and is falling into worse and worse condition.  The Yellow Line Max train makes a tight turn near the front of the building as the train finishes its descent from the Steel Bridge.

This 1913 station is a good example of Holden’s affection for clinker brick on more than just the front façade.  The building was used as an architectural office after its tenure as a fire station, but it has been owned for many years by the city’s development agency.  Whether it has a future other than a deteriorating monument to an earlier era is unknown.