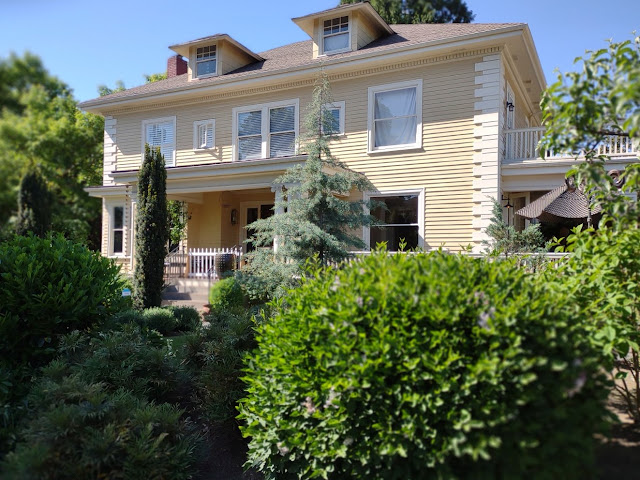 Irritated by drafts and sometimes smoky air infiltrating their widows, owners of a nice old home in Irvington thought their best option was to replace them with new top quality windows.

To their surprise, the City of Portland said…not so fast.

Because the 114-year old home is in the Irvington Historic District, the city is fussy about swapping out windows in historic structures.  The concern is echoed in districts throughout the country because window sash sizes, shapes and depths contribute to the overall character of historic facades.

The lesson here applies to almost any older house, whether it is in a historic district or not:  Repair in most cases is a cheaper, longer-lasting option than replacement.  This realization gets lost in the steady drumbeat of advertisements for replacement windows on many media platforms.

While we’re at it, we should say that the worst possibilities as replacements are the widely-advertised vinyl windows that often warp under prolonged sunshine exposure.

The beauty of old windows is that they were made from old-growth timber that is no longer available.  A skilled window repair craftsperson can take old windows apart, splice in new wood for parts that may be rotted, and prepare the sash to accept new double-paned glass.

“If they are pre-war windows, you can’t buy quality like that anymore,” said Kristen Minor, chair of the Portland Landmarks Commission.

Maya Foty, is a Landmarks Commission member and an architect who concentrates on preservation projects.  She said experience shows restoring  historic windows is often less expensive than buying replacements.  “It’s hard to argue that replacement gets you better quality,” she said.

Another option available to homeowners wanting to improve window insulation and reduce drafts is an interior storm window that presses into place and seals the edges tightly with compression tubing.  These interior storms are invisible from the outside, thus preserving historic appearances.

Preserve Montana, a preservation advocate in the state where weather is more severe than Western Oregon, recently reported the following on window replacements:

“Research has shown that homeowners never recoup the amount the amount of money spent on window replacement during their lifetime, and that the replacement windows do not last as long as the better built historic windows.

“As any homeowner can attest, the seals on double-glazed windows can fail within 10 years of installation, resulting in condensation forming between the panes. Weatherstripping cracks off, leaving gaps around the window that allow cold air to blow in. And when is the last time you saw a window repair company that you could call to fix them? These windows were created with obsolescence in mind, unlike historic windows.”

The discussion over repair versus replacement could well come before the Portland City Council this fall.  City agencies are trying to revamp Portland’s historic code regulations.  The Planning and Sustainability Commission in charge of recommending revisions tentatively has suggested much wider use of window replacements on buildings in historic districts.

During a work session with the planning commission, Minor, the landmarks chair, presented the case that repairs are usually less expensive and provide as good or better results.  She was disappointed in the Planning Commission's reaction.  “I just don’t think they got it,” she said.

The owners of the house in Irvington apparently did get the message.  They have dropped their appeal that sought approval for the new replacements.